It was in the late autumn of 1902—I was sitting under some century-old chestnut trees in the park of the Military Academy in Wiener-Neustadt reading a book. I was so engrossed in my reading that I hardly noticed that the only one of our masters who was not an officer, the learned kindly chaplain of the Academy, Horaček, had joined me. He took the volume out of my hand, considered the binding, and shook his head. “Rainer Maria Rilke’s Poems”? he asked thoughtfully. Then he turned over the leaves here and there, scanned a few verses, looked thoughtfully into the distance, and finally nodded. “So young René Rilke has become a poet.”

And I heard about the small, pale boy, whom his parents had sent more than fifteen years before to the military Unterrealschule in Sankt-Pölten, intending that he should afterwards become an officer. At that time Horaček had been working there as chaplain of the establishment, and he still remembered the boy of those days perfectly. He painted him as a quiet, earnest, extremely clever young fellow, who liked keeping to himself, put up patiently with the discipline of the boarding school and after his fourth year passed on with the others to the military Oberrealschule, which was in Mährisch-Weisskirchen. Then his constitution showed itself definitely not to be strong enough, so that his parents removed him from the school and let him continue his studies at home in Prague. Horaček could tell me nothing more of the course which his outward life had taken since then.

After all that, I think it is easy to understand that I decided at that very moment to send my efforts in poetry to Rainer Maria Rilke and to ask him for his verdict. I was not yet twenty years old and I was just on the threshold of a career which I felt to be directly opposed to my inclinations. From the author of “Mir zur Feier,” if from anyone at all, I hoped for sympathetic understanding. And though I had not so intended, I came to write a letter with my verses, in which I opened my heart without reticence, as never before or since to another human being.

Many weeks passed before an answer came. The blue, sealed letter had a Paris post-mark and felt heavy in my hands; the envelope bore the same beautiful, clear handwriting as that in which the whole text from the first lines to the last had been written. That was the beginning of my regular correspondence with Rainer Marie Rilke, which continued till 1908 and then gradually came to an end, because my life drove me into the very paths from which the poet’s warm, affectionate and moving concern had wished to preserve me.

But that is of no importance. Alone important are the ten letters which follow, important for the knowledge of the world, in which Rainer Maria Rilke lived and created, and to many human beings of to-day and to-morrow, who are growing and coming into being. When a great and exceptional man speaks, the insignificant must be silent. 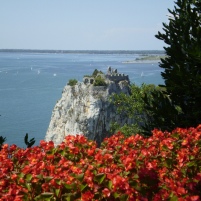 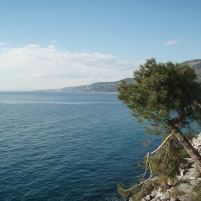